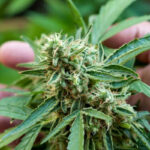 When it comes to cannabis oils, our first pick tends to be CBD oil. I’m sure you must have heard about CBD oil a lot. But chances are, you might haven’t heard about the Rick Simpson Oil, otherwise known as the RSO.

Rick Simpson first created the RSO, otherwise known as the Rick Simpson Oil in the early 21st century. In the days back then, nobody anticipated that one day Simpson’s creation would take the world by storm. Due to the complicated legal scenario and psychoactive nature of RSO, the Canadian authorities tried prohibiting Rick from cultivating cannabis. On several occasions, they hassled his work. But that didn’t stop Rick from making RSO help others.

Everyone knows that Cannabis is a plant that holds immense therapeutic value. Over the years, scientists have tried to analyze Cannabis to treat a variety of ailments. The advocates of Rick Simpson oil suggest RSO be helpful in alleviating cancerous growth in the body. The proponents of Rick Simpson and his oil suggest that besides cancer, RSO can help with several other health conditions. However, there hasn’t been enough research done on Rick Simpson Oil to generate clinical evidence that supports the claims.

To help you get a better understanding of Rick Simpson Oil, here’s a blog from the CBD World Web. Read until the end to know everything about RSO. Having realized frequent queries on how to make RSO, we have included a quick recipe to make the Rick Simpson Oil at home.

When we first read about the RSO, we believed it to be more of a rumor than reality. But trust us, having read about the several first-hand experiences, we wouldn’t aggrandize the facts, ever. The supporters of RSO call it the mega-potent cannabis oil.

Let us tell you that Rick Simpson oil is a type of cannabis oil sourced from the indica variety of cannabis. The number of claims suggesting the use of RSO offers several health benefits has only increased over the years. The proponents of Rick Simpson Oil believe it to be helpful in:

Before we dive deeper into understanding the Rick Simpson oil, let’s take some time to know the man behind its creation. We’re talking about the Canadian Marijuana Activist Rick Simpson. Let’s see what encouraged Simpson to create RSO out of nowhere.

Who is Rick Simpson?

As stated above, Rick Simpson is a Canadian Marijuana Activist.

It was in 1997 when the backdrop of RSO oil started. Rick was layering asbestos on the boiler pipes in a hospital. The poor ventilation in the room led him to fall off the ladder and hurt his head. He was rushed to the ER where doctors examined him for a while and sent him home to rest. Post recovery from his head injury, Rick went back to work. For some reason, he started feeling dizzy and was taken back to the Emergency Room. Over time, the dizziness became frequent. Rick eventually started hearing ringing in his ears. He was diagnosed with tinnitus.

When the prescribed medication failed to help him, Simpson decided to take matters into his own hands. He had watched a documentary on Marijuana that represented its therapeutic benefits. Rick consulted his physician to use marijuana but the physician suggested otherwise. Eager to help himself, Simpson tried marijuana. Much to his astonishment, it helped. He experienced relief in his symptoms.

Later, in 2003, Rick noticed three ominous bumps on his arm. The doctor confirmed the bumps to be a type of skin cancer called basal cell carcinoma. Having a strong belief in the therapeutic value of cannabis, Rick once again turned towards marijuana. This time, he was influenced by an old study done on the antineoplastic activity of cannabinoids. The study suggested Delta-8 and Delta-9 THC (cannabinoids) reduce the growth of cancerous cells in mice.

Simpson created a mega-potent oil using Cannabis sativa. He applied the oil to a bandage and wrapped the same on his bumps. When he removed the bandage after four days, he was surprised to find the cancerous growth gone. His doctor was dubious about the potential of cannabis. But Rick was more than sure that cannabis could heal several ailments. Since then, there’s been no going back for him.

What is Rick Simpson Oil?

Rick Simpson oil is a type of cannabis oil. It has significantly high concentrations of THC. The RSO also contains a variety of other cannabinoids besides terpenes found in cannabis. The oil appears to be dark and gooey. Akin to tar, it has a thick consistency. If you are wondering about how to make RSO, let us tell you a secret. It can be made at home. Rick and his supporters claim RSO to be helpful in treating the following health conditions besides cancer:

Read through to discover a quick guide on how to make RSO.

How to Make Rick Simpson Oil?

We do not recommend proceeding to make Rick Simpson Oil to people who reside in the states where cannabis is illegal.

There’s always an option to purchase stuff online to avoid the mess of preparing one by yourself. However, the same is not the case with RSO. Remember that Simpson never patented his creation. He did not sell his creation to any company. It means there’s no guarantee of what may lie in the product you purchase. Thus, the most convenient way could be to make your own RSO.

Trust us, as long as you are ready to use the right ingredients and follow the correct procedure, you can make RSO at home easily. Here’s how to make Rick Simpson Oil:

Procedure on how to make Rick Simpson Oil

All the steps involved in making the Rick Simpson oil can be divided into three major processes. They are:

CBD World Web publishes content on Cannabis for mere knowledge. It doesn’t support or deny the use of Rick Simpson Oil to treat any medical condition. We strongly suggest you consult your physician before including any form of cannabis consumption in your daily life.

How Long Does Delta 8 Stay in Your System

Can Delta 8 Make You Fail a Drug Test? Will Delta-8 show up on a drug test? Can Delta 8 THC make me fail a drug test? Or how long does Delta 8 stay in your system? I often see a lot of people asking the aforesaid questions. If you are a regular cannabinoid consumer […]