How Long To Cook Cannabutter In Crockpot: The Beginner’s Guide 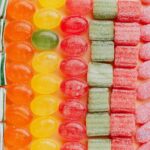 Getting inked has been a trend for a quite long time. Unlike what we believe, tattoos are not a product of new-generation discoveries. They have in fact, been with us for as long as hundreds and thousands of years. While we get tattoos to stand out of the crowd or express our thoughts and opinions or break stereotypes, our ancestors usually did the same due to traditional and cultural reasons.

Now get back to the old pictures of your grannies and great grannies (obviously, if you have any)! You’d be surprised to find that people even in the days back then had been inked. Despite living in a not-so-modern world, they did not mind getting tattoos. A couple of decades ago, people, particularly the youngsters hated tattoos. They found it so annoying and unpresentable to inject inks into their bodies. But that’s not how the young generation sees tattoos today.

Not just the youngsters, presently, the tattoos seem to attract people from every age group. Whether a person is in his teens, 20s, 30s, or even in his 50s, he can always be enticed to get inked. Everyone getting a tattoo always chooses a design that is meaningful to him. Some love text designs, while others strongly fall for the pictures and icons! Whatever the design, people always pick ones that represent them, express their thoughts and opinions.

For the same reason, weed tattoos have been gaining quite some popularity recently. People from all walks of life have been using Marijuana tattoos to support its legalization, break stereotypes associated with weed and its uses. This time the CBD World Web has come up to inform you about one of the most trending topics from the Cannabis World. It is the Weed tattoos.

Everyone has a different perspective to see things!

The same applies to the weed tattoos too. Even more to the marijuana tattoo design chosen.

What a weed tattoo means to someone can be best defined by the one getting inked. It is because every person has a unique perspective about the weed tattoo he intends to get. Some choose cannabis tattoos simply because it is attractive and unique, while others get the weed plant tattoo designs inked to support an opinion or just express themselves. You can never know the what is the meaning of one’s weeds tattoo designs unless you ask him.

However, there are a few things that marijuana tattoos represent. These are the pre-defined messages represented by the weed. You might want to get inspired by these meanings of weed tattoos and get one injected on your skin.

Why do people get weed tattoos?

I’m sure you must have wondered about this question at least once. Because the governments in all the leading countries see Marijuana as a psychoactive plant or a gateway to drugs, they have banned its commercial use. But some people acknowledge the plant for its medicinal properties. To protest for the upliftment of the ban, they use the marijuana tattoo design.

Besides, people also use weed tattoo ideas to express their love for the cannabis plant. People also engrave the weed plant tattoo designs to highlight their inner selves. Today, a weed tattoo is seen as an important medium to challenge the stereotypical norms and traditions of society too.

If you look around, you’d find hundreds of tattoo designs inspired by the weed (marijuana/cannabis plant). There’d be someone tattooing the weed leaf tattoo proudly and there’d also be someone adorning the weed-smoking tattoos. The weed flower tattoos, bud and plant tattoos, images, icons, texts, and chemical structures of cannabis are also equally popular. The best weed tattoo ideas in recent years include the following:

The Most Popular Weeds Tattoo Designs

If you are interested in getting a weed tattoo inked on your skin, choose the best tattoo design for yourself. And choose wisely because the tattoos are a permanent change to your body, skin, and life (unless you are getting a temporary tattoo or intent to investing in removal).

Look around and see what could be the best thing worthy enough to be engraved into your skin. Try to think if, there’s a particular message (expression/text/image/icon) you want to get inked. It might not necessarily be something related to weed or marijuana. But if it is, here’s a list of the most popular weed tattoo designs you might want to consider:

The not-so-sensitive places on your body are the best-suited placements to get tattooed. It could be your arm, legs, back, neck, or thighs. The ideal placement for your tattoos also depends on the size of the tattoo you want. If it is something small, you could get it inked on your wrist, fingers, neck, navel, or behind the ear. But if the weed tattoo you choose is big, you can get it placed on your thighs, legs, arm (both lower and upper), back, lower back, etc.

If you want to get tattooed with less pain, avoid getting inked at your sensitive spots. Try to get it placed in places that have more toned muscles.

Is It a Good Idea to Get Marijuana Tattoos?

That’s the question that can be best answered by you. Because there are people who are head over heels for the weed tattoos and there are also a group of people who find getting Cannabis designs inked on them quite embarrassing. At the end of the day, it is all about opinions. And opinions can never be the same for everyone.

Just remember that as long as you find it good, whether it is a cannabis tattoo or something ordinary, it is perfectly fine.